A few years ago I wrote a post, Six Things to Do When the Enemy is Prowling. Today we’re going to revisit that post and add the seventh course of action–Circle the Wagons. I’ll show you how all of this ties to our Online Bible Study Community and I have an invitation at the end so keep reading! 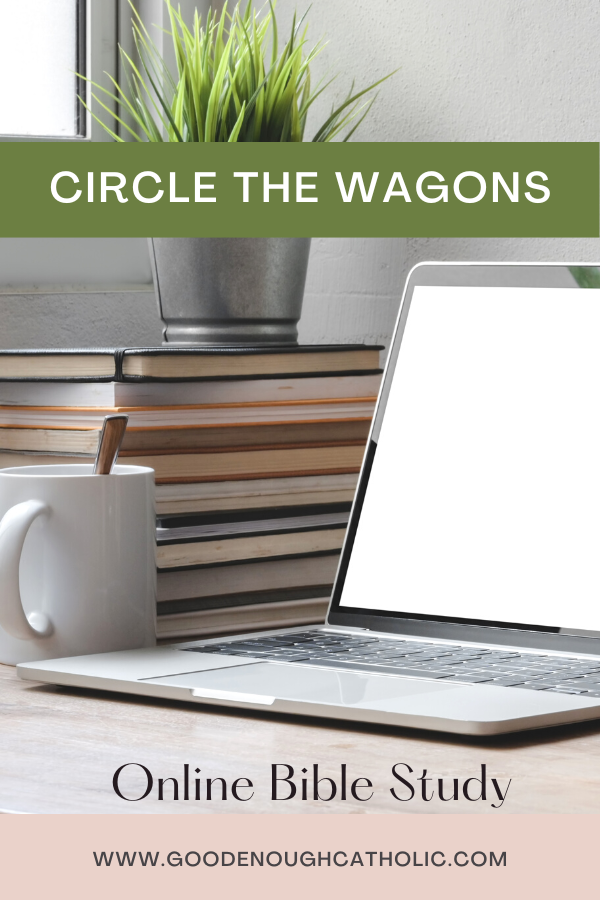 The Enemy is Always Prowling

You realize there is always an impending war, if not an active campaign against us right? St. Paul reminds us in 1 Peter 5:8 that our enemy is like a lion, roaming about, seeking someone to devour. St. Paul commands us to stay alert, this enemy is an ever-present danger. The enemy doesn’t take time off so neither should we!

In 2 Chronicles 32, there’s about to be a war and the people are afraid. Reading this Old Testament story, I noticed a few things King Hezekiah did to prepare for the impending war. Using King Hezekiah as an example, I originally wrote a post outlining the six things to do when the enemy is prowling–today, I’m adding a seventh.

1. Hezekiah Consulted with His Officials and Military Advisers
He sought clear, sound, and trained advice. I’m not really sure the advice would have been as decisive if he would have thrown up a Facebook post asking for advice? I’m also not sure the advice would have been as clear had he asked his mom, his aunt, his sister, his brother, his hairdresser’s cousin, his best friend’s–brother-in-law’s–mechanic’s–cleaning lady’s–dental receptionist’s–nail tech’s Twitter followers.

There are those you ask for a good restaurant recommendation and those you ask when you know the enemy is headed straight for you. Choose wisely. Running around seeking everyone’s advice makes you more vulnerable, wastes your time, and distracts you from the battle at hand.

2. They Cut Off the Water Supply to the City
“’Why should the kings of Assyria come and find plenty of water?’ they said.” When the enemy is prowling, why have a hospitable landing place for him? Remember we talked recently about the parable in Luke 11:25. A demon is driven out but he comes back around, he finds his former home swept clean and in better order than it was when he left. Because the place was so hospitable, he brings seven demons worse than himself to make themselves at home! The place was just so nice and inviting.

So how do we make a comfy landing place for the enemy? How about a heart full of unconfessed sin or vices we no longer work on–we just say, “Oh, that’s just the way I am.” What about slipping out of intimate friendship with God because we’re too tired or busy, bored or distracted? Your heart, your thoughts need to be a hostile place for the enemy!

3. He Strengthened His Defenses
The Scriptures state, “…he further strengthened his defenses by repairing the wall wherever it was broken down and by adding to the fortifications and constructing a second wall outside the first.” Did you catch the word “further”? Synonyms for further are: again, also, in addition to, on top of, over and above. Hezekiah wasn’t fooling around. He strengthened what was already in place. He repaired what had been torn down. He added strength to what was already there and he constructed a second barrier.

Remember in Matthew 17 when Jesus tells His disciples about a certain demon that “…is not cast out but by prayer and fasting.” Sometimes, one barrier or one wall is not enough–prayer alone might need to be reinforced with fasting or alms giving. Sometimes the wall needs to be fortified by another wall, another level of defense. Prayers with fasting, prayer with almsgiving. prayer with serving others, etc.

I’d like to add to this one. We are not mearly souls. On a daily basis we should be strengthening ourselves not only spiritually, but mentally and physically as well. When I originally wrote that post, Six Things to So When the Enemy is Prowling, I hadn’t started working out.In 2019 after a biopsy from a spot on my face came back as Melanoma in Situ, as soon as mh stitches came out, I started working out.

Life is a gift and neglecting my physical body was not honoring the gift–the body, the Lord had given me. I can say with absolute certainity the discipline it takes for a well-lived spiritual life and a healthy, active physical life compliment each other beautifully.

4. He Spoke Encouragement
King Hezekiah told the people, “Don’t be afraid of the King of Assyria or his mighty army, for there is a power far greater on our side! He may have a great army, but they are just men. We have the Lord our God to help us and to fight our battles for us!” The Scriptures state, his words greatly encouraged the people.

A couple of things here, he told the people–he used his verbal words and these were spoken meant to encourage. There is power in what we hear and say. Let’s make those words count! Also, did you notice King Hezekiah didn’t play down the threat? He called it what it was–a mighty army and a great army. He also reminded the people, the army was just a bunch of men. And then he reminded them, they had God on their side to help them and fight for them. Did you notice he used the word “for” instead of “with”? That three-letter word makes a big difference!

There are two things you can do if you don’t have anyone to encourage you. The first is be your own best encouragerer! Tell yourself, “God’s got this and I can do all things through and with Christ Who strengthens me!” The second is to seek out and surround yourself with people who will build you up and encourage you in the Lord. I know a fantastic group of women by the way. At the end of this post I’ll have an invitation for you to join our Online Bible Study Community with a free sneak peek this coming week.

5. He Did Not Listen to the Enemy
The enemy sent someone ahead to place doubt in the people’s mind. And then to mock God. And then they stood outside the walls shouting trying to terrify the people, “…so it would be easier to capture the city.” Are you listening to the voice of doubt, criticism or confusion? Does it feel like the voices are becoming louder? That’s not by accident–recognize it as the beginning stages of war!

The enemy doesn’t want hand-to-hand combat with you, he’s afraid of losing because he knows the Lord is on your side and fighting for you! But, if he can stand “outside” and make all sorts of scary and distracting noise, he may never even have to fight that hard if at all. You might win the battle for him and all he has to do is get you to listen to him. Remember number two above–make yourself a hostile environment for the enemy!

6. He Cried Out to God
But let me point out, King Hezekiah had help. The Scripture states, “Then King Hezekiah and the prophet Isaiah son of Amoz cried out in prayer to God in heaven.” Remember the Scripture about “where two or three are gathered in my name, there I am.” King Hezekiah fortified his prayer as well as the walls. He stood with Isaiah and they both cried out to the Lord.

The other night a girl on Instagram messaged me with a Bible journaling question. I didn’t get the message until later that day because I was on a college visit with Veronica. When I apologized and explained to my Instagram friend the reason for my delay, she asked what school and if it had anything to do with soccer. Of course it had to do with soccer–we’re talking about Veronica here! I explained how Veronica just loves one particular school but financially it just doesn’t seem possible. I told my friend we had started praying for discernment and financial means to open up to her–quickly. I invited her to join us in prayer and she responded, “I’d love to!”

I don’t know that this discernment and obvious financial roadblock is a war waged by the enemy? It very well could be considering the assaults on our kids today and the differences between an overtly Christian campus verse a local, small town Junior College? What I do know is this, there is no better friend than one who stands beside you in prayer. 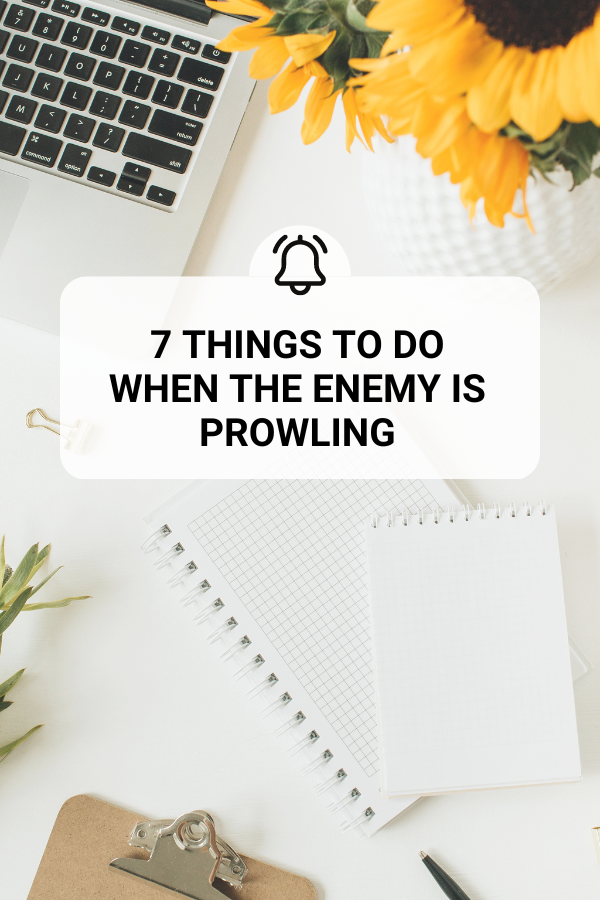 And this brings me to my addition to the original post. When, not if…when we are under attack, (which just go ahead and consider we are), we need to “circle the wagons.”

The phrase “circle the wagons” originated back in American pioneer times when wagon trains formed into a circle for protection. “Circle the wagons” is an idiom that usually suggests that a group of people have to work together to protect themselves from some kind of external danger. During the 1800s, many settlers traveled west from the East Coast in covered, horse-drawn wagons. At night, or when threatened during the day, the wagons would stop moving. The drivers then would line up all the carriages in a circle. This was a way of protecting the settlers from attack.

Have you ever considered the enemy purposefully waged his attacks against our Lord when Jesus was alone in the desert and in the garden? Do you notice our Lord intentionally sent the Apostles and disciples out in twos? Not only is there safety in numbers, protection and encouragement in community–there is also a means of santification.

The month of June, our Online Bible Study Community sent time reading, writing, praying, and studying the Book fo Wisdom. We also read through the Rule of St. Benedict. The other night in our live Zoom call I shared a quote I found about the Rule.

“St. Benedict’s genius was to understand each person’s rough edges–all the defenses and pretensions and blindspots that keep the monsastic from growing spiritually–are best confronted by living side by side with other flawed human beings whose faults and failings are only too obvious.”

Click here for your free Scripture Writing Plan and Printable Journaling Reflection Worksheet. There is also a private Facebook Group where we will be meeting for the week. And if you’re not ready for a community Bible Study, check out our previous Bible Studies in my Shop. 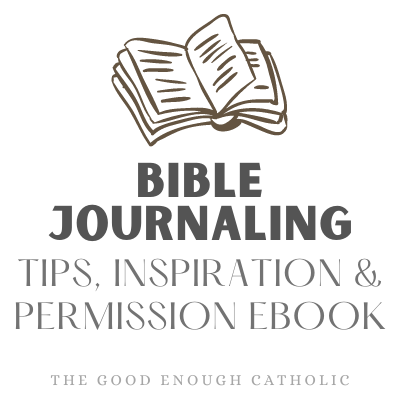 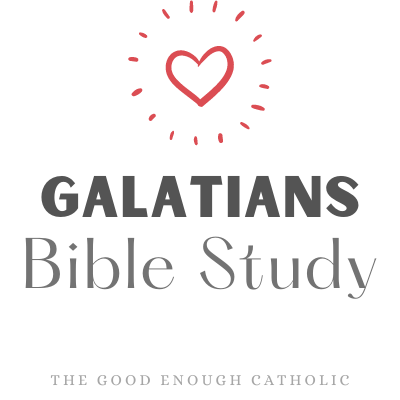