The Old Testament reading from February third in my One Year Bible is the topic of meditation for today’s Lent Devotional for Women. It’s taken from Exodus Chapter 17, verses 11-13, “11 As long as Moses held up the staff in his hand, the Israelites had the advantage. But whenever he dropped his hand, the Amalekites gained the advantage. 12 Moses’ arms soon became so tired he could no longer hold them up. So Aaron and Hur found a stone for him to sit on. Then they stood on each side of Moses, holding up his hands. So his hands held steady until sunset. 13 As a result, Joshua overwhelmed the army of Amalek in battle.”

You All! This is one of my FAVORITE Bible stories!!!

Today in this Lent devotional, we’re going to consider who are the friends who would find a stone for us to sit on and hold our hands up? When I was a teen in high school, Arsenio Hall was popular and would say every night during his show, “Things that make you go, “Hmmmmm.” Well, this reflection just might be one of those things.

Lent Devotional for Women: Tuesday of the Third Week 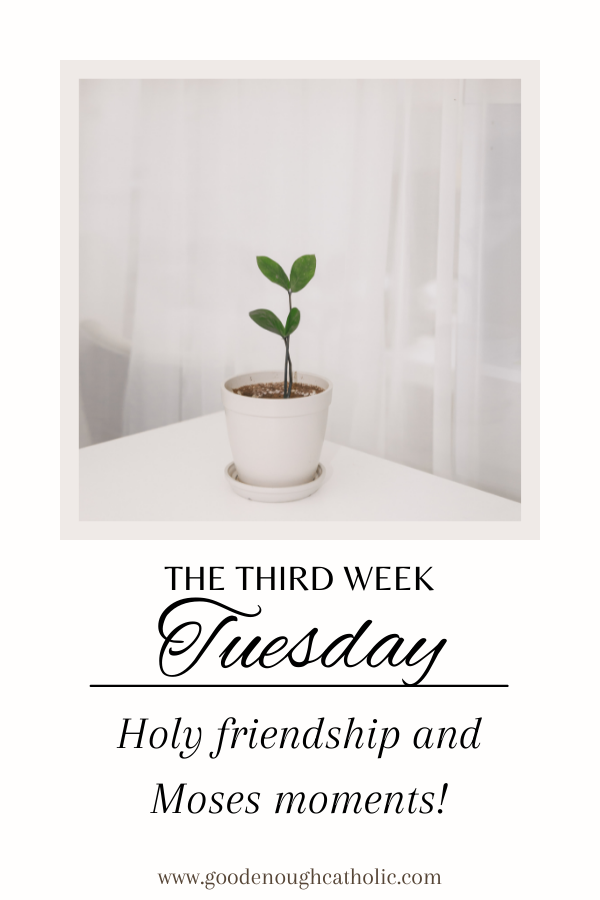 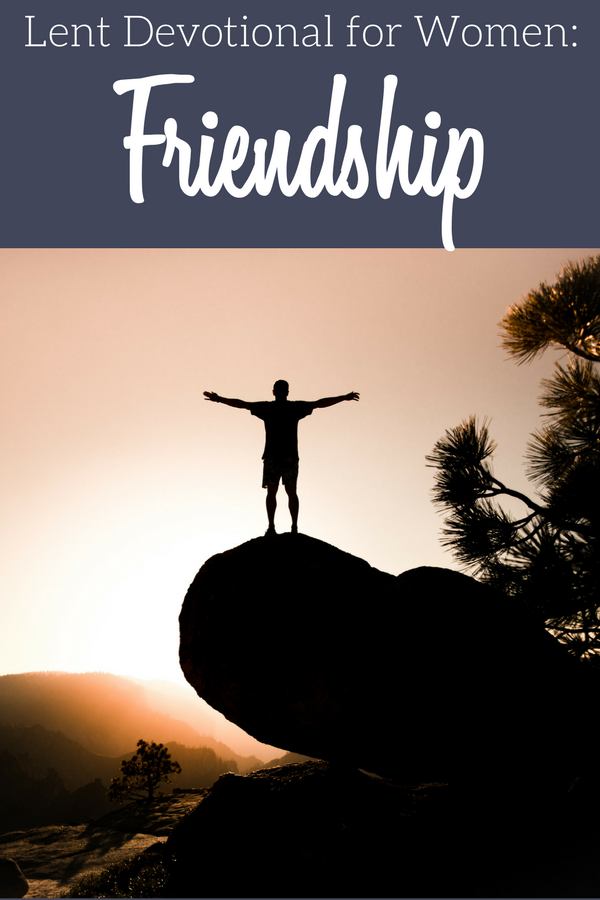 I’m jumping straight in the deep end. Life can beat me down, wear me out, whip me up one side and back down the other…you get the point. And there is no other tired like the tired I feel when the world and the enemy (same thing sometimes?) have me in their cross-hairs.

My arms are tired from fighting, defending, and praying. I just.want.to.sit.down…curl up in the fetal position or slump down is more like it. From now on though, I think I need to call those moments, my “Moses moments.”

There Moses stood, holding the staff of God high so Joshua and his army would have the advantage over the Amalekites. But he got tired and rightly so. War is tiring. Keeping the advantage is tiring. And all poor old Moses wanted to do was rest.

But every time poor old Moses dropped his arms, the Amalekites got the advantage and started beating the Israelites!

We’ve seen in the Bible, our friends matter. Remember the story of the paralytic whose friends lowered him through a hole in the roof they cut so Jesus could heal their friend? It’s become another one of my favorite stories in the Bible for the reason I’m about to explain.

Do you remember what happened in the story of the paralytic who couldn’t get to Jesus? Read Luke 5:20, “And seeing their faith…”

Moses’ friends knew he was tired. They also witnessed the fact that every time he lowered his arms, the advantage of war shifted. So they brought a rock for him to sit on and take a load off…and then, they stood on each side and held his hands up for him!

Who are the friends who will find a rock for us to rest on and hold our hands up?

Are we a friend who would find a rock and hold the arms of our friends?

I have a sweet friend, who taught me the art of a prayer discipline we call, ‘set the timer.’ It’s a simple, easy, sweet, and no-questions-asked prayer partner system.

Here’s how ‘set the timer’ works. If one of us is in need of a rock and some arm-holding, we call the other and say, “Set the timer.” The sister on the other end of the phone will set a timer to go off every hour on the hour until bedtime, or later if she wants to be woken up to pray. And then, when the timer goes off, she will stop and pray for her sister in Christ; she will hold her sister’s arms up while giving her a place to rest.

This simple act of stepping in to hold up a warrior sister’s arms can help that sister keep her advantage in whatever war she is battling.

Another example. When I was pregnant with my fifth baby, a lovely woman at church needed hours for her Midwife Certification so she asked if she could be my midwife. “Um, no thank you,” I responded. This was my fifth baby, I knew what I was doing, and I wasn’t sure I wanted a woman, who sat behind me at church no less, watch me give birth…if ya know what I mean.

This woman from church sweetly insisted and I decided it might be kind of nice to have someone in there who knew what I was going through during labor and delivery.

I had some very specific labor and delivery prayer intentions I was offering up and although she didn’t know the intentions, she knew I was carrying prayers with me. As my labor intensified and it started becoming harder and harder to keep my prayer focus and I was at my breaking point–also known as transition–she leaned very close to my face and said through her own tears, “I will pray for you.”

If we don’t have that kind of friendship illustrated by the above story of Moses, Joshua, Aaron, and Hur–pray for one.

If we are not the kind of friend who will offer a rock and hold our friend’s arms up–pray we become one.

Our Online Bible Study Community might just be the arm-holding, rock-moving sisters in Christ you are looking for! We meet weekly in a Live Zoom (recorded for those who miss the Live), we have Scripture Writing Plans and Journaling Reflection Question Worksheets.