Let’s consider another Scripture verse for this Lent Devotional for Women. The verse I want to look at is Luke 23:34, “Father forgive them for they know not what they are doing.” And although I’m no theological teacher (as evidenced by that sentence structure!), but I’m pretty sure that verse right there could be a great daily prayer.

I don’t need to tell you, we live in an offended world. It seems like someone or some group is always offending or being offended. There are the quietly offended and then there are the newsworthy offended; you know and I know the more you “offended” people are nowadays, the louder they are (sometimes violent).

Honestly, living through the last year has been extremely eye-opening in terms of offending and being offended. Last year may have set some sort of record? I’m in no way trivializing true offenses mind you. It just seems that once that offensive train left the station, so to speak, it took on a life of its own.

The sad thing is because so many were yelling “Offense! Offense!” too often the real offenses got lost in the noise; almost like a “Little Boy Who Cried Wolf” scenario.

But back to considering the words of Christ on the cross. I don’t know if you can choose one set of words over the other in importance, but I would think the words said from the cross by our Lord could count as some of the most important. They were His final words said as the God-Man before He left His earthly life.

And one of the last things He did was to ask forgiveness for those who had been most offensive to Him and His beloved followers. Right up until the end, He was teaching, setting an example, and revealing His and the Father’s hearts. 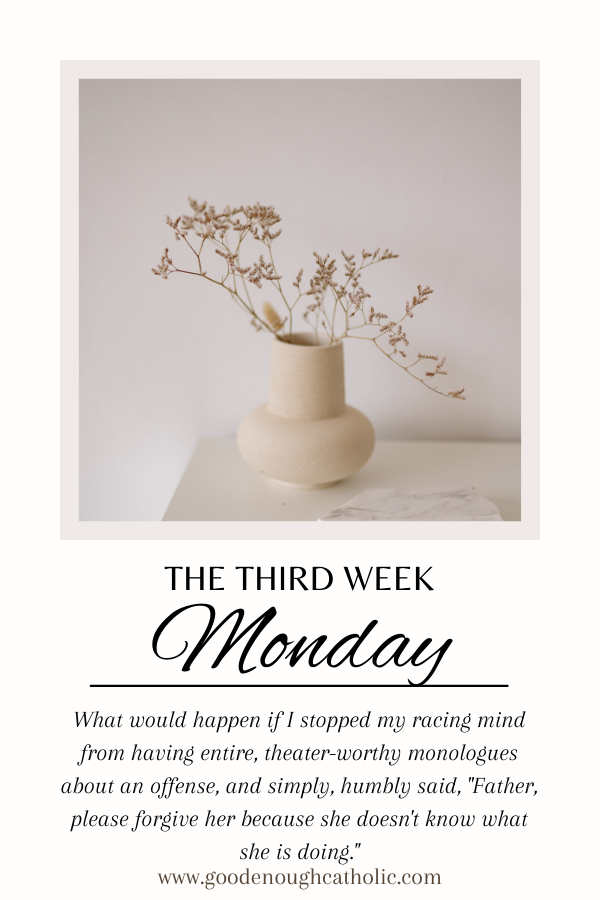 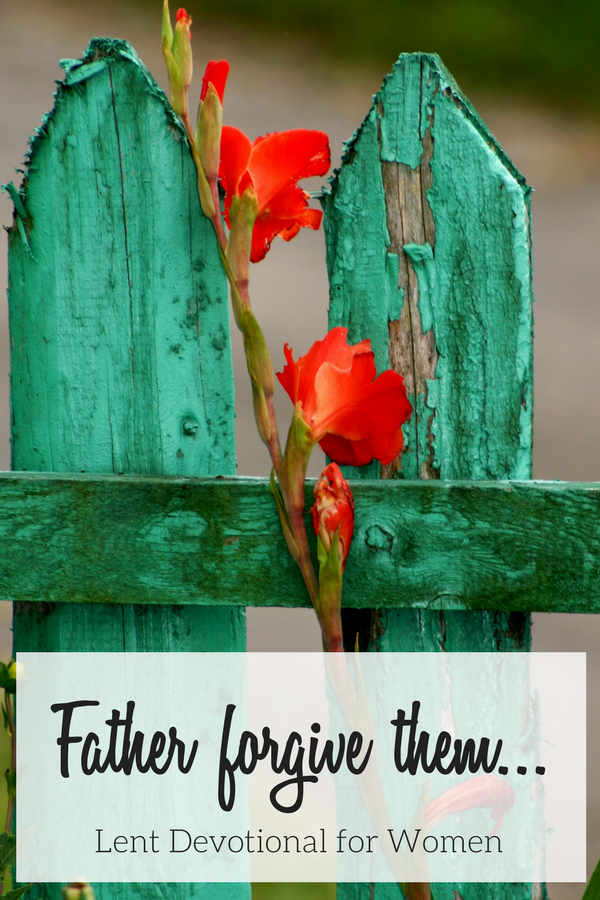 I would guess statistically very few of us know intentionally malicious people. We may know ‘mean girls’ or a narcissist (Symptoms include an excessive need for admiration, disregard for others’ feelings, an inability to handle any criticism, and a sense of entitlement) but probably not a person whose sole desire is to cause us harm, hurts, and pain.

But as I mentioned, we all know a mean-girl or five. We all know someone with an inflated sense of self. We all know someone who has been so bitterly hurt all they can do is hurt in return. And we all know people who are decidedly insecure and lash out in the hopes of making themselves feel more secure. And boy-oh-boy do any number of those people really get under our skin and into our head…or maybe it’s just me?

Reading those words of our Lord made me wonder. When those people come to mind, what would happen if just as the internal conversations began…you know the one right? Mine usually begins with, “Oh yeah, well…” and normally happens in one of two places, the shower or while driving in the car.

But enough about me (ahem)…What would happen if I stopped my racing mind from having entire, theater-worthy monologues about an offense, and simple, humbly said, “Father, please forgive her because she doesn’t know what she is doing.”

Well, quickly, one more thing about me. The month of February I committed to using the essential oils Feelings Kit. One of the oils is called “Forgiveness” and when applying it, I’ve been asking for forgiveness and thinking of those who I need to forgive. Um, this has been a little tricky honestly. Because sometimes, I don’t know that I’m ready to forgive. I’m still hurt. But what I’m finding is, holding onto the hurt does just that, it holds onto it. But when I intentionally think of people and situations that I want to let go of, I’m slowly able to. There’s no longer any satisfaction in holding onto the hurt. Does that make sense? By the way, it’s not the oils “Making” me forgive, it’s the intentions I’m setting as I use the oils. Here’s a summary I wrote on Instagram about how and why essential oils work. I’ve also written a blog post about Christians and essential oils titled, “Health, Wellness, and the Enemy.”)

Ok, back to where we were!

Ugh! Kind of takes the wind right of the gripe session sails doesn’t it?

In all reality, I would guess, again, taking a gamble here; I would guess most people who hurt us, don’t even realize the extent. And honestly, how could they? They aren’t us. They don’t have our temperament, personality, family history, sensitivities, etc.

All of those qualities and characteristics listed above contribute to how we internalize the words and actions of others. We bring our stuff to the conversation, just like they bring theirs and suddenly a “Wow! You look great!” turns into a, “What the heck! How badly do I normally look to have earned that left-handed compliment?!?”

Um, whoa! What would the world look like if we took that kind of thinking down to a rational and reasonable and dare I say even Christian level? From Mach 1 “I’m so offended! I can’t believe you would even…” offense to a meek and humble response.

Trust me, I am in no way trivializing the hurts we sustain from others; we’ve all got stories of broken relationships, some beyond repair. I’m just saying, taking our offense to God as a prayer for the other person seems a very Christian and Christ-like thing to do. Something that won’t hurt to try.

And in a completely and totally selfish way, taking these hurts to God frees us from all those internal conversations that begin with, “Oh yeah, well…” Another thing to consider, we’re probably not the only person they are hurting…but what if we’re the only one praying for them.

“Father, forgive us because we don’t know what we are doing.”