I mentioned in an Instagram post a while ago about a big ‘ol revelation I woke up with one morning. The plan was to share this story sooner but life, Lent, soccer season, and even a pandemic interrupted that plan. So today is the day friends.

Oh y’all! I woke up with a big ‘ol God revelation and realization! ⁣ ⁣ This revelation explains So.Much! And when I shared it with Chris, it made perfect sense to him too.⁣ ⁣ The plan is to write about it on the blog this week. But let me just say a few things here.⁣ ⁣ Yes, these might seem a repeat, but they’re important and traumatic. ⁣ ⁣ I mentioned recently something like 3 or 4 out of my 5 worst nightmares happened last year ⁣ ⁣ .⁣ .⁣ ⁣ I lost my grandma two months before 2019. Good Friday of 2019 I had a biopsy on my face and one week later a diagnosis of Melanoma in Situ and two weeks later plastic surgery down to the muscle in my cheek to remove it. There have been other, not written about things as well ⁣ ⁣ All that recap to say, what has seemed like disorganization, forgetfulness, scatter-brained, and maybe even selfish…well, it’s not. ⁣ ⁣ And what has seemed like and felt like, and what others have thought were faults and flaws and mistakes, now I see them as a gift from God.⁣ ⁣ I cannot wait to share the story Friends, hit Email Friends with Benefits in my profile to make sure you don’t miss this post.

This past year has been a doozy: living a whole year without my grandma, a Melanoma in Situ diagnosis and excision surgery where they cut all the way down to the muscle in my cheek plus so many unmentionable stories that have added to my list of worst nightmares come true. And yet…

And yet God grew me. And just typing that sentence right now brought fresh tears to my eyes. The pain is real and the wounds are still raw in some places–like literally, the scar on my face was hurting just a couple of days ago and Chris said it’s because it’s still healing. And while there’s healing in some areas, others are in the waiting.

There have been aftershocks and residual effects from a year of loss and growth. Some of these might come across as bouts of selfishness, forgetfulness, and carelessness while feeling an unfamiliar, scattered disorientation that is not only felt by me but noticeable to those closest to me.

All that to say, I am probably healthier now than I have ever been.

I used to be a world-class worrier, labeled as a child and perfected into my teens and young adult years. And now, I’m not so much. Sometimes I wonder if I went too far too quickly? But then I look around and I take a quick mental, physical, emotional, and spiritual assessment and proudly decide, I like me better now.

See, what looks like faults, flaws, and mistakes that have emerged, been strengthened or even magnified in the last year, are actually beautiful self-preservation techniques…No, that’s not the right term…beautiful “live in the present moment” techniques. Now, I didn’t seek or develop this present moment attitude so I attribute them to gift and grace from God.

I’ve learned in the past year there is only so much I can do. And trying to do what I cannot do only frustrates me, steals my time, and robs me of any joy or peace. It also encourages the ridiculous idea that I am in control or could be in control.

Let me say, I am in no way making excuses or expect blind concessions when my behavior disappoints someone. What I am saying is, let’s all chill, take a breath, and grant some grace…no, not some grace, LOTS of grace!

See, I forget to respond to emails, I forget to text back, I forget soccer schedules staring me in the face on my calendar, I forget to take meat out to thaw (kind of always had that problem) but I forget time now as well and sometimes don’t remember to make dinner until it’s dinner time. I was a disaster this first year of co-op because I could never remember the classes my kids were in–thankfully they did, or when I was supposed to teach what grade.  And even with a list in my hand and on my phone, I forget stuff at the grocery store.

I hesitate to share some of the real-life, more important examples because when I have, they have been misunderstood and openly mocked which was extremely painful for me to endure. See, I can’t make excuses and can’t defend the times and the things I forget, so I endure the pain of letting someone down.

But let me just say, what might look like carelessness or stupid forgetfulness or downright maliciousness to you, is for me an attitude or behavior that is saving me from obsessive anxiety and fear. And this fear and anxiety, it would overtake me if I allowed it the time and space. Guaranteed.

What looks like forgetfulness and in truth is forgetfulness, is saving me from thinking I have the control and power to change any circumstance or outcome. And to put it bluntly, it’s saving me from the fear of another Melanoma, a worst-case scenario Melanoma next time, not a “You dodged a bullet this time,” Melanoma. 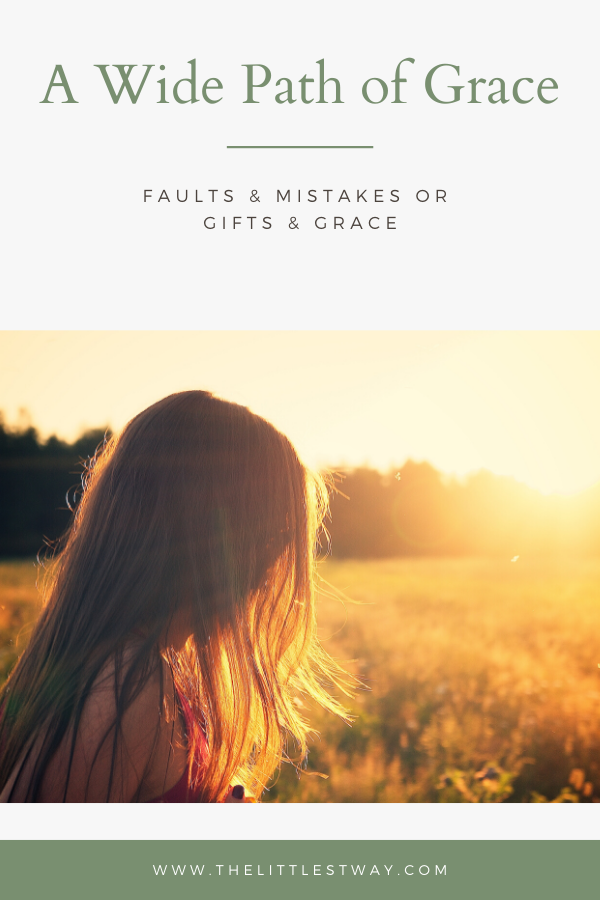 Listen, friends, we all do the best we can do, but ultimately, everything is God’s. There are people who have never touched a cigarette in their life and they die of lung cancer. And then there’s my grandpa who started smoking unfiltered cigarettes at the age of 11, smoked until his 70’s or 80’s and never had lung cancer.

I saw a Dr. Phil show years and years ago where a woman was struggling with the overwhelming fear that her breast cancer was going to return and kill her. A very valid fear from a breast cancer survivor. Dr. Phil recognized the validity of the consuming fear but asked her this, “What happens if while worrying about getting breast cancer again one day you step off a curb in front of a bus and are killed?”

The point being, she could spend her life worrying about what might happen and something entirely different and unforeseen could come along and be the thing that takes her life. And yet she poured so much energy and time into worrying about the cancer returning.

Friends what I hope you glean from this post is, we are all just doing the best we can do and it looks different for each one of us. What might look like forgetfulness and thoughtlessness might actually be keeping someone in the present moment so they aren’t worried about another cancer.

What that looks like for me is that as a person who always needed a bunch of grace extended, I now need more. Some may say, “It was just a Melanoma in Situ and now it’s gone and you’ve had clear skin checks for a year.” To which I say, “Thank you for reminding me.”

There’s nothing more to say to that, we each accept, process, and carry life differently. I don’t have to explain myself any more than that. I do want to say, if I disappoint you, I’m sorry. I disappoint myself so I know the feeling.

I see this past year as a gift, filled with grace and I will choose to continue to see it that way!

And since I brought up the control issue earlier let’s quickly touch on it. As a recovering control freak let me say, so many times people try to control what happens with themselves or others externally because within themselves, they feel out of control. Just another area where grace can be extended and growth can happen.