A dear priest has graciously allowed me to publish some of his sermons here on The Littlest Way. I call this series, Everything is Grace calling upon a quote from St. Therese the Little Flower.

The earliest depiction of Christ was as the “Good Shepherd”. There is an ancient depiction found in the catacombs of St.Callistus in Rome. Christ is shown as a young shepherd boy without a beard, with a sheep on his shoulders. This image dates back to the third century. In the minds of the early Christians, Christ is the Good Shepherd who cares for His sheep.

The early Christians were the object of suspicion and were often ridiculed for their belief. They were especially ostracized for worshipping Jesus as God. For most of the ancient world, this was not only seen to be ridiculous, it was also an act of treason against the Roman empire that demanded a certain allegiance to their ancient gods. And so Christians were seen as ignorant and misled, to put it mildly. But, for the faith-filled Christians, they knew that Christ Himself thought of Himself as the Good Shepherd, even called Himself that.

A Good Shepherd is one who doesn’t leave His flock untended. He doesn’t run away when he sees a thief or a wolf or any other danger to His sheep. He stays and defends them. Obviously, the early Christians knew that this was all true in the case of Jesus. He did not save His life, even though He obviously could have done so. Instead, He stayed and even laid down His life for the sheep.

The example of the Good Shepherd has been repeated countless times down through the centuries. Every time a Bishop or priest or Pope has been martyred they were imitating the life of the Good Shepherd. This loving attendance to the flock was illustrated very close to home for me in Oklahoma. My Diocese is Tulsa but in the Archdiocese of Oklahoma, there was a priest who literally laid down his life for the people he was serving in Guatemala.

Father Stanley Rother was from Okarche, Ok. He was from a farming family and entered the seminary to be a priest. After a couple of assignments, he volunteered to go to Guatemala to serve the indigenous people there where Oklahoma had a mission. In 1981 the country’s internal war was raging; right-wing terrorists were killing anyone who showed sympathy for the cause of the poor. These sympathizers were looked upon as communist and were singled out for destruction.

Many priests and sisters and catechists were martyred at this time. Father Rother knew that he was on the hit list but after hesitating a little and returning to Oklahoma where he was safe he decided that the Pastor cannot run when the sheep are in danger. And so he returned to Guatemala and to his beloved parish where soon after he was shot in the rectory. I visited the very room where he was martyred and witnessed the bullet holes still seen on the wall. He definitely followed the footsteps of the Master and today is the first native-born priest to be beatified which as you know is the step right before canonization.

Sheep recognize the voice of the Shepherd and will follow him. 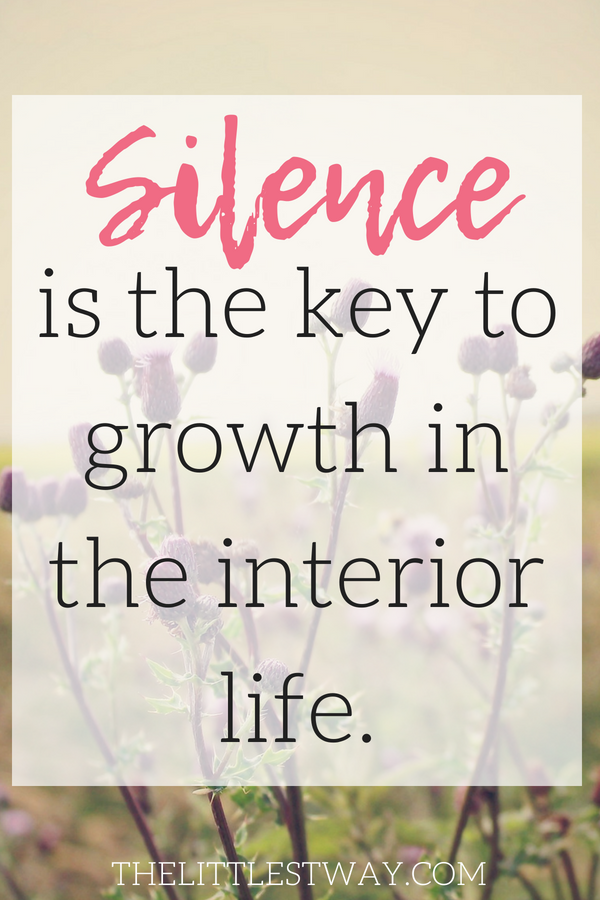 What a great way to think about our own relationship to Jesus as our Good Shepherd. If we are living the way Christ has taught us, we recognize His voice in our soul and we follow in His footsteps. His voice is found also in our faithful Pastors, in the Sacred Tradition of Scripture and what has been handed down to us orally. His voice is found in the many men and women who have lived faithful lives of service and have left us an inspiring example.

To hear His voice in our interior we must observe much silence. He cannot be heard above the cacophony of this world’s noise. We must find time to remain silently in His presence and observe the practice of living in His presence whether we are at home or at work or wherever we are. Silence is the key to growth in the interior life. Without it, we remain stunted in our spiritual life and we miss His voice.

One of the best places to really listen to Him is right here in the presence of the Blessed Sacrament. Here He is to be found. He is really and truly present. We need only place ourselves in His holy presence. It is not necessary to be busy about reading or reciting formal prayers. We are in the presence of the great High Priest, and the Shepherd and Bishop of our souls. We only need to be quiet and listen carefully to His voice as He speaks to us of many things. It is a time to let our minds focus on Him and on the mysteries of our faith and spend time to meditate on the Truths of our Religion. Try if you are not already doing it and you will be richly rewarded.

People do not grow in holiness who are absorbed in the world and all its vanities and who are always exposed to noise. Speak little and listen much. He is communicating with each of you if you stop and listen. Learn from His Who is the meek and humble King. Look at the example of His love and humility found in the Mass when He once more, at the command of the priest makes Himself our very food and drink. Let us enter into this Eucharist with a spirit of thanksgiving and love for He is truly here, the Good Shepherd.