I mentioned how we paid off our house in 6 years.  And while that’s fantastic, we made a pretty big mistake in the process.  And while the mistake was pretty big, it still feels good to know we don’t have a mortgage.  Would we make the mistake again?  Probably not.  But what’s done is done.  The comments and emails from you asking for more information makes this a necessary post and it was honestly already in the works because if I find a good deal I tell and if I make a mistake I tell –we’re a community here and we share the good and warn against the bad.  So here it goes.

I mentioned we started following Dave Ramsey’s financial principles a number of years ago–it’s what help us get out of stupid debt.  For us, it was stupid because it was credit cards or “90 Day Same as Cash” boloney.  So when we started following Dave Ramsey’s advice, the first thing we did was save up $1000 in an Emergency fund–Baby Step 1.  Next, we started working on our “Debt Snowball” to pay off our stupid debt-Baby Step 2.  Next, we saved 3-6 months expenses and placed it in our Emergency fund–Baby Step 3.  And finally we started working on Baby Step 4–Invest 15% of household income into Roth IRAs and pre-tax retirement. And then we made an offer on the house we were renting.

We completely stopped Baby Step 4 and skipped Baby Step 5 and went straight for Baby Step 6–pay off your house early. We went after this step with a vengeance or “Gazelle Intensity” as Dave Ramsey likes to call it. Maybe too intense? Wait, I don’t think we were too intense, I think we were too excited. Instead of diligently working toward this big goal of paying off our house in an orderly way, we let our emotions get in the way. That was a big mistake.

This mistake came about innocently enough. It was so slight, so benign, that we didn’t even realize what had happened until after we paid our house off. 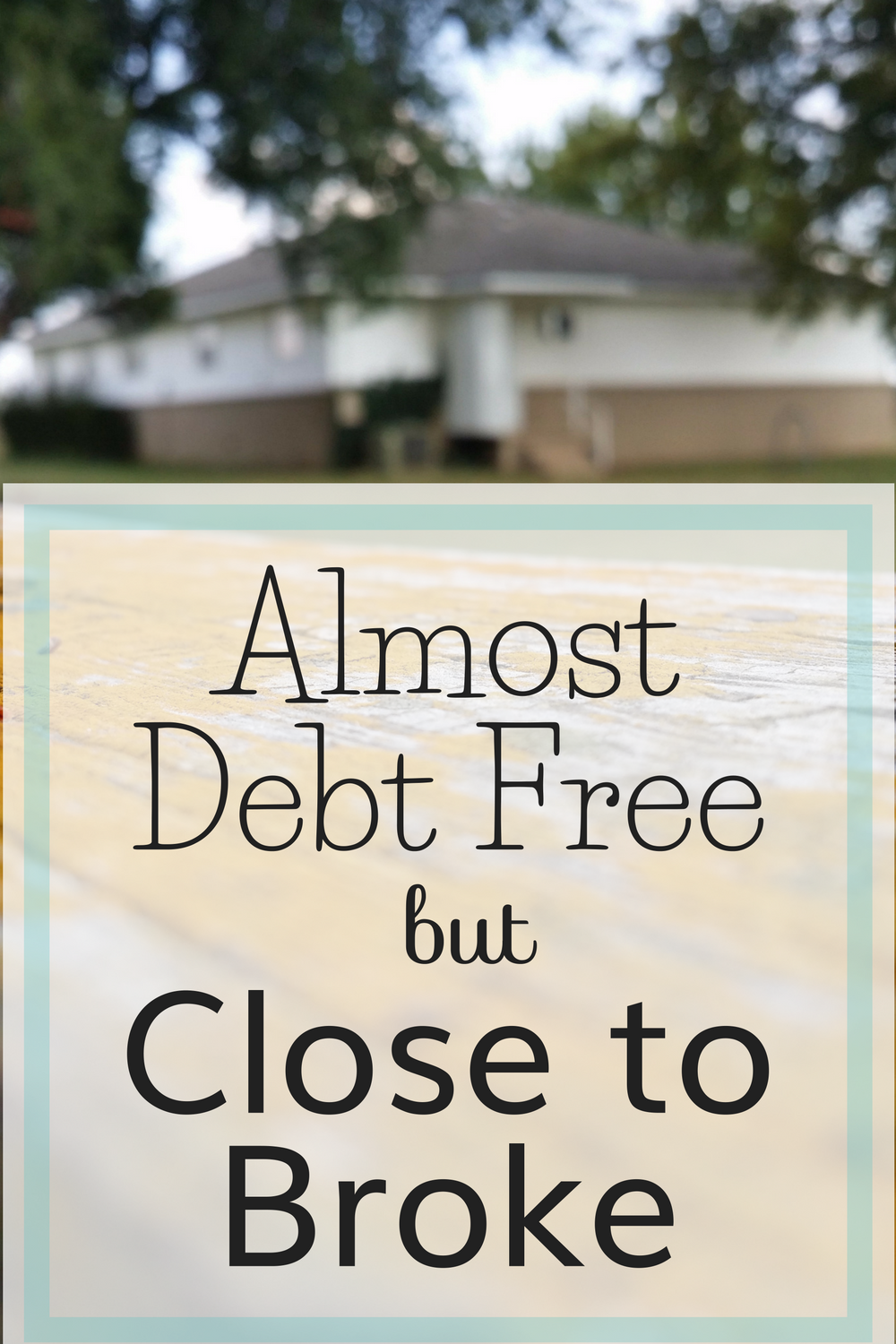 One of our greatest tools in paying off our home early was our Amortization schedule. Each month when it was time to write the check, Chris would get the schedule out and decide how much we wanted to pay. Our goal was to make one or two extra payments a month. If you’ve ever looked at an Amortization schedule, that amount of your payment that goes toward the principle and toward interest fluctuates based on your payment schedule. Each month we had a goal to pay at least 2 sometimes 3 payments. And this is a great plan! When you have a budget that reflects this goal and an income that supports it.

So I guess we made two big mistakes. The first was we got really lazy about making a budget every month. Most of our bills are expenses that are pretty standard and straightforward so we just quit budgeting. The second, we stuck with the plan of making 2 or 3 payments regardless. Here’s how this looked.

Make out the house payment check. Get our regular bills in. Have something unexpected come up or cost more than we thought it would…take a little out of savings/our emergency fund to cover it.

Lots of overtime one check? Make a big payment. No overtime the next check? Still make a big payment. Need $50 here or there? Take it from the emergency fund, it’s only $50 and we’ll put it back in once we get paid. That by the way, was one of the biggest lies we told ourselves–we’d put the money back next check.

I want you all to pay off your house early. And I know you do too based on the emails I’ve gotten. There is a sense of security and freedom in honest to goodness owning your home. There is also the fact that the money you would be putting on a house payment you could be using for something else. But I want you to do it the right way. And this is so simple and easy, but you have to follow a few rules.

1. Do not touch your emergency fund! I mean do not. Do not means…do not. If you need to move that money somewhere you won’t see it–another bank, an offshore account–I don’t even know if that’s a real thing but growing up it was on television all the time. Move it and forget you have it. Paying off your house early is not an emergency.

2. Make a budget every month. There’s not an excuse in the world to not do this. Pinterest is full of “How To’s” and even pretty budget grids and graphs. It doesn’t matter if it’s in a fancy budget binder or a 49¢ spiral–make it. My friend Jessi is a huge help breaking down a real-life budget, The Budget Mama.

Although taking a little and there from our emergency fund seemed harmless at the beginning, we’re now almost debt free and close to broke. We had these grand ideas about continuing to set aside the mortgage money once there was no mortgage so we could take family vacations, give more, and do some remodeling. Since we paid off our house in June, we have not saved one single payment. We’re trying to get caught back up. We’ve had some increased bills and unexpected bills. We’ve had a serious job scare. And we have a depleted emergency fund. So we’re starting over.

We’ve completed Baby Step #1–$1,000 to start an Emergency Fund. We’re working on Baby Step #2–Pay off all debt using the Debt Snowball because, in the middle of rushing to pay off our home, our van died. There were 9 of us at the time, you don’t just go quickly grab a beater car off the lot for that many people. We searched around for a used Suburban and took a loan against Chris’ 401k…because we had depleted our emergency fund. Although the money in there wouldn’t have paid for the Suburban outright, it would have helped. So now we have a monthly car payment that comes out of his check. With the way jobs are, we’re honestly going after Baby Step #3–3 to 6 months of expenses in savings, before paying off the Suburban.

But first, we need to get back in the habit of setting down each and every month and making a budget.